Don Macdonald runs his own woolbroker company under the name Macdonald & Co. Woolbrokers in Dubbo in the Australian Outback. In this podcast episode, Don explains lots of details about wool growing under the harsh natural conditions in the Outback. He covers topics such as low rain falls, occasional floods, finding staff and overcoming long distances.

After growing up on a coastal dairy farm Don Macdonald enrolled to study an agriculture course at Sydney Technical College in 1975. The course included wool classing and he has never set foot on a dairy farm since!
Don loved everything about wool from that moment. He loved the iconic history connected to it, the lifestyle of the shearing sheds. He liked working with sheep and even the smell of wool. And, particularly the people involved in the industry.
Don then spent the next eight years in the outback of New South Wales working as a wool classer and a shearer.
In 1984 after the bitter shearers strike over wide combs, Don decided to move into the wool brokers field and gained employment based in the wool stores in Sydney. After two years he then moved to Newcastle with that firm as a field wool adviser, again traveling the outback areas of NSW canvassing wool growers.
In late 1987 Don decided to open his own wool brokerage Lanoc Wool based in central NSW in the city of Dubbo. Nearly all the wool then was transported to Sydney and there were a few county based brokers opening and Don felt there was a good opportunity to open in Dubbo as it is very central geographically and is a natural logistic hub. In 2016/17 Dubbo was the largest storage centre for wool in NSW.
Lanoc Wool grew to become the largest country based broker in NSW and by 2002 was handling over 55,000 bales from one site. Much of their business was from the outback regions of NSW where traditionally the big wool clips were grown. The Millennium drought of the early 2000’s and the incursion of non-wool breeds like Dorpers saw wool production plummet, particularly in the outback. By 2004 the company’s wool volumes had fallen to 30,000 bales.
Things gradually recovered after the drought broke in 2009 and wool production steadied. The non-wool breeds seem to have steadied their increase and fortunately higher wool prices have helped.
In early 2011 a shareholder dispute at Lanoc Wool saw Don’s hasty departure and Macdonald & Co was formed and the new business quickly picked up where the old one left off. A new 7500sqm wool store was completed in October 2011. Macdonald & Co Woolbrokers has continued to grow, this year the company handled 41,000 bales through their new wool store turning over $A63,000,000 on behalf of their 700 wool clients. The company has some of the largest wool growers in NSW as clients and some are up to 800 kilometers west and north of Dubbo. Don is ably assisted by a staff of 15 of which 5 are wool specialists and auctioneers. 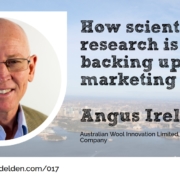 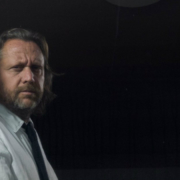 #093: Francesco Botto Poala takes us behind the scenes of Reda 1865 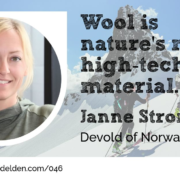 #046: Janne Strommen about wool’s important role at Devold of Norway 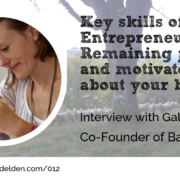 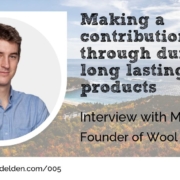 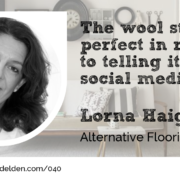 #043: Silvia Gambi about wool recycling in Prato
Scroll to top