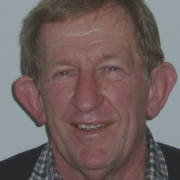 Peter Morgan is the Executive Director of the Australian Council of Wool Exporters & Processors and of the Private Treaty Wool Merchants of Australia. In this episode, Peter gives insights into the Australian wool export industry and shares stories from his life long career and achievements for the overall good of the wool industry.

Dr Peter Morgan, like a number of members of the wool industry enrolled in the former Wool Technology course at the University of New South Wales. It was his first involvement with the sheep and wool industry.

He joined the Western Australian Department of Agriculture after graduation in 1963, based in Port Hedland as a one man office. From there, he provided an extension service to the pastoralists over an area of 60,000 square miles, working mostly on sheep fertility problems and pasture management issues. He also had responsibility for the local Departmental Research Station, “Abydos”. While based in Port Hedland, Peter also completed an MSc on methods for improving ram fertility and lambing performance in the Region. Outside of his work with the Department of Agriculture, Peter witnessed the commencement of the transformation of the Pilbara from a pastoral small to medium sized mining industry based area to an iron ore giant.

Peter received an Australian Wool Board Scholarship to continue his studies at the University of Western Australia in 1967. This time, in the field of early stage lamb mortality.

He returned to the North West on completion of his PhD studies, taking a position in the Department’s Regional Office in Derby. From there, he resumed work on sheep fertility problems in the Pilbara Region and participated in the beef cattle research programme at the new Department of Agriculture Research Station at Fitzroy Crossing.

Peter accepted an offer to join the Australian Wool Testing Authority (AWTA) as Regional Manager Fremantle in 1972. His friends from University days, David Ward and SAS Douglas were already at AWTA. The timing of his appointment coincided with the lift in wool prices after the very tough times from 1968 to 1971. It also coincided with a significant lift in testing volumes as the recently formed Australian Wool Commission began testing the stockpile prior to resale.

His commencement at AWTA was only a few months before the completion of the Australian Objective Measurement Project (AOMP) that led to the introduction of Presale testing and Sale-by-Sample in July 1972. This, in turn, led a period of phenomenal growth and challenges at AWTA.

He moved to Head Office in 1978, where he had a number of senior roles before retiring in 1999 as part of the phased transition in the senior management structure. Peter involved himself at all levels of the industry during his time at AWTA and is probably best remembered for his work in the development of IT systems to meet the ongoing growth of Presale testing and as a member of the Industry Committee which introduced electronic data transfer to the industry in 1984. This was a pioneering achievement for the wool industry in EDP terms and removed the costly, and error prone, need for sellers, private treaty merchants and buyers to re-enter data which was already recorded in other computers in the industry.

Peter continues today as the Executive Director of the Australian Council of Wool Exporters and Processors and of the Private Treaty Wool Merchants of Australia. He is also Public Officer of the Australian Superfine Wool Growers’ Association.

Website of the Australian Council of Wool Exporters & Processors Inc.

Other episodes you may enjoy

#016: Chris Wilcox explains the dynamics of the wool market

#042: Don Macdonald about growing wool in the Australian Outback

#069: David Mitchell about getting Australian wool from farm to harbour

#070: Mark Grave about the services of the Australian Wool Exchange